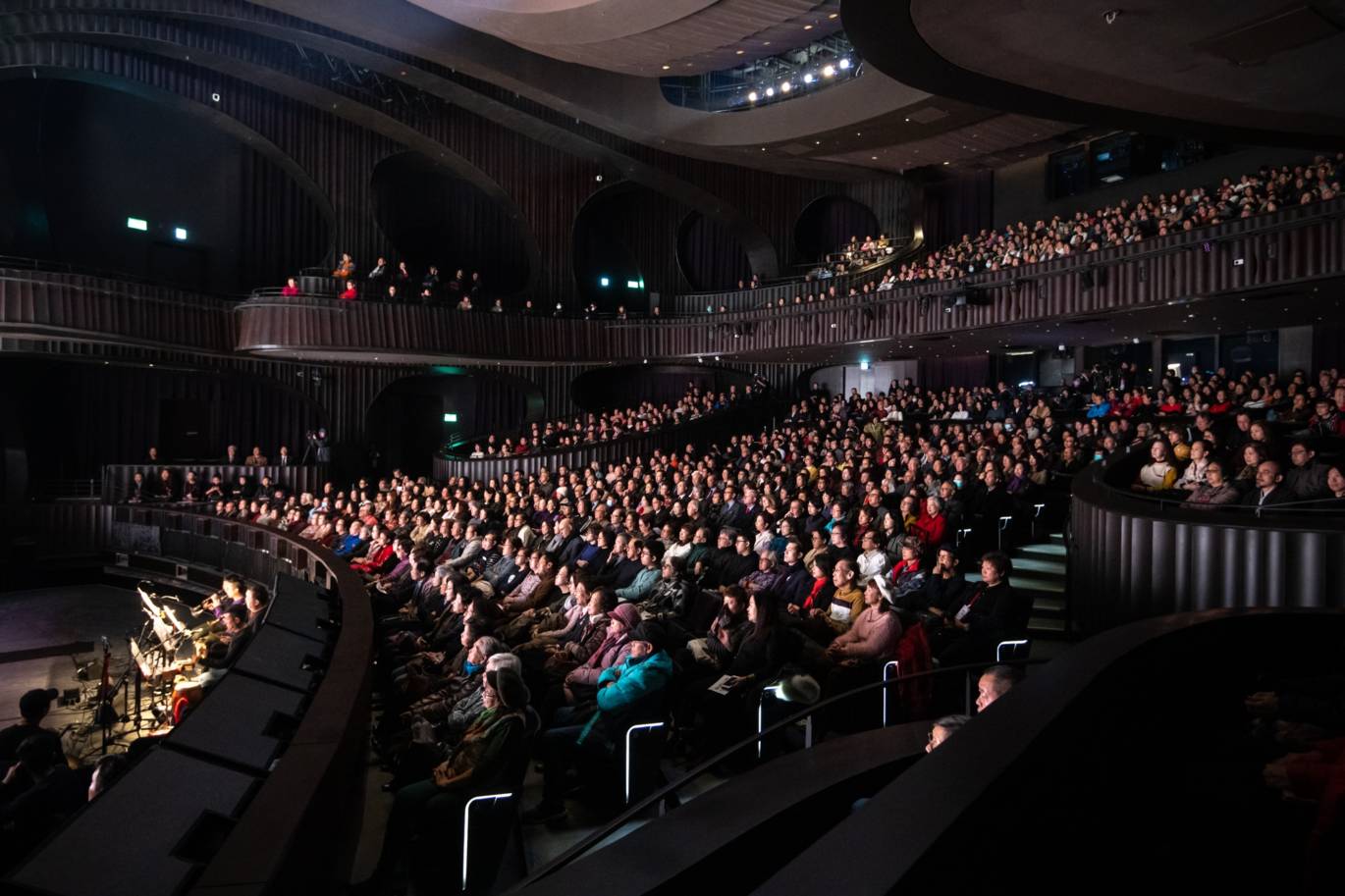 Speaking to the Times, Essert said that such mega-projects in Hong Kong can bring a high-quality and international stature to the city – promoting its culture and creative industry.

The Xiqu Center at the West Kowloon Cultural District – Hong Kong’s largest arts and cultural site – officially opened to the public on Sunday.

The center, featuring a 1,073-seat Grand Theater and a 150 to 200-seat Tea House is designed for educating, preparing, rehearsing and performing Chinese Opera.

London-based firm Sound Space Vision (SSV), led by its director, Bob Essert, is the firm responsible for the center’s acoustics and audio systems – including both natural and amplified performances.

In planning the acoustics and audio design for the Xiqu Centre, the company said that it took into account the heritage and expectations of Hong Kong audiences and practitioners.

Speaking to the Times, Essert said that such mega-projects in Hong Kong can bring a high-quality and international stature to the city – promoting its culture and creative industry.

Macau Daily Times (MDT) – How challenging was it for a London-based firm to build and design the acoustics in a way that keeps the traditions of Cantonese and other mainland opera?

Bob Essert (BE) – It was very interesting […] to really get into the Chinese opera sound world. Before we started designing and as we were designing, we went to quite a few concerts and talked to the artists about how they feel about different rooms and spaces that they perform in [so] that was fortunate for us.

It’s a different sound world, a different acoustic, a different symphony orchestra and [it’s] different from the Western opera, [so] it’s kind of a mixture of many things. We also learned about the existing facilities here in Hong Kong and other parts of China where these kinds of art forms are done and have […] evolved over many years.

I think there were still some considerable challenges in the construction phase. […] It’s a complicated building as it is an arts building and not just standard office tower or residential [building] that they were used to building in this part of the world.  From an acoustical point of view, we had challenges in educating the builders on how to build good walls that separate the studios from each other […] so some of the artists can do loud percussion [work] and not disturb what’s happening in the next studio. […] We have a long background in knowing how to make that, but it was a matter of educating builders so they can follow through with high quality.

MDT – How long did it take for your team to conclude the sound designs and construction?

BE – I think the design was two and a half years and the construction was three to four. There was a bit of an overlap. They started the construction excavation and piling into the ground at the same time we were still designing the interiors so there was a process overlap to keep the speed going [even] if it took slightly longer than the original [completion date].

MDT– How different was this project compared to previous projects that you led?

BE– We made special efforts to make the sound project more for the singers and to restrict the loudness of percussion.  The [Chinese] opera comes from a culture of playing in outdoor theaters and other kinds of outdoor spaces […] but when we moved it to indoors, we knew that we had to take special precautions to make it work and make a good balance.

[…] I think the main thing is to have a very clear sound so it’s bit more like a drama theater than a symphony hall. The sound doesn’t bounce around the room as much as it does in a concert hall or even in western opera house because the speech part of the xiqu art form and the percussive music and clear text and diction that they are speaking and singing must come through, more like in a drama theater, and there is not a need to make the sound resonant and reverberate as you would in a concert hall.

MDT– The center is part of Hong Kong’s biggest cultural project and this is its first construction. Was there a pressure to execute this in an excellent manner?

BE– I think pressure is not the word I’d use [but rather] enthusiasm. We, the design team, would always be very keen to make the very best project for any client and this is very prestigious client. So knowing that we were the first ones of a series, it was very important to make it high quality and make it on time, and make it not cost too much money. All of those things put pressure on the West Kowloon District Authority but we did our best work to fulfill that.

MDT – How can these mega projects in Hong Kong further boost their creative and cultural industry?

BE – I’m sure it can. Hong Kong’s cultural industry still has some way to go to achieve international top standards and I think West Kowloon has made it its mission to really raise the stakes and look at the 21st century, look at the culture in the context of the world.  They are already bringing wonderful arts groups to Hong Kong from all over the world in the arts festival. There are a couple of good western orchestras here but Chinese opera, the Cantonese opera and the appreciation for the mainland xiqu forms is a very important leg of a stool and a key component for making all these happen.

It suggests that the facilities within West Kowloon mean it is going conclude high profile musicals. […] Local arts and dance groups are crying out for more and better space to perform and I think following buildings [in the district] have spaces for that and they can grow in size, quality and international stature.

Bob Essert Q & A with The Macau Daily Times