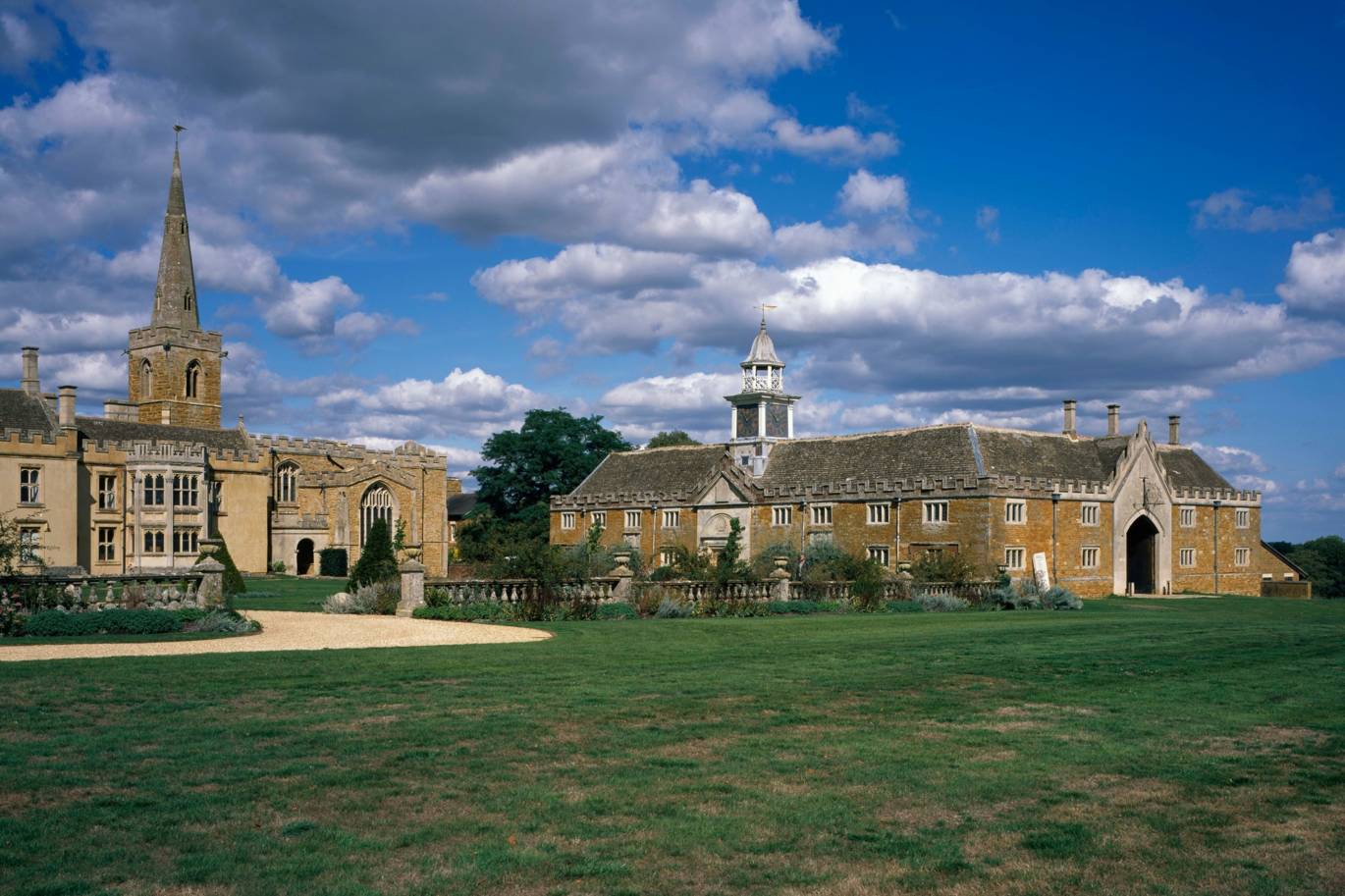 This transformation of a historic stable block into a permanent opera venue in rural Leicestershire confirms the practice’s reputation as master of the art of architectural reuse, writes Ellis Woodman. Photography Hélène Binet

Dating back to the 13th century, the Grade I-listed Nevill Holt Hall stands on a hill five miles outside Market Harborough from which it commands views of a vast expanse of rural Leicestershire. For much of the 20th century, the house and its surrounding estate served as a prep school, but in 2000 it was bought by its present owner, Carphone Warehouse co-founder David Ross, who has returned it to use as a family home and undertaken an extensive programme of renovations. Ten years ago he also established Nevill Holt as the site of an annual summer opera festival, with performances taking place in the courtyard of a stable block adjacent to the house. At first, a basic auditorium was provided in the form of a demountable scaffold structure but, following an invited competition in 2015, Witherford Watson Mann was appointed to develop designs for a permanent facility, which hosted its first production earlier this year.